Share a memory
Obituary & Services
Tribute Wall
Read more about the life story of Alfred and share your memory.

Alfred J. LoRe formerly of Braintree passed away peacefully surrounded by his family on December 31, 2022 at All American Assisted Living in Raynham, MA. He was 93.

He was born in Roxbury to Salvatore and Maria (Peri) LoRe and raised in Boston's North End
before moving to Medford where he graduated from Medford High school in 1947. Following high
school, he proudly served his country in the US Army 110th Infantry Regiment while stationed in
Germany 1951-1953. He worked in the printing industry his entire career, retiring from Arcata
Graphics/Halliday Lithograph in Hanover, MA after 32 years in 1992. Alfred was an active member in his
community having coached little league baseball for many years and was also a dedicated parishioner of
St. Clare Parish. An avid bowler, he was active in a bowling league up to the age of 92. He enjoyed
collecting coins, cooking and puttering around. He will be remembered for his kindness, generosity, and
laugh that made his eyes water.

Beloved husband of the late Mary (Lanzetta) LoRe. Loving father of Robert LoRe and his wife Karen,
Stephen LoRe, Nancy Mahoney and her husband Mark, Janet Crowley and her husband Daniel, and
Gregory LoRe and his wife Sondra. Cherished grandpa to: Nicholas, Alexa, Evan, Ashley, Bryant, Emily,
Dayne, Sarah, and Michael and his great granddaughter Sydney. Devoted brother of the late Sarah
(LoRe) Tosti, Anthony LoRe and Mario LoRe. He is also survived by his loving sister-in law Ann Yardumian
and many nieces and nephews.

He also leaves behind many friends and staff at All American Assisted Living in Raynham, who provided
him friendship and loving care.

Relatives and friends are respectfully invited to greet the family during the Visiting Hours at the Peck Funeral Home 516 Washington St. in Braintree on Saturday January 7, 2023 from 9-10 A.M. A Funeral Mass will be held at 10:30 at the Church of St. Clare 1244 Liberty St in Braintree. Burial will follow at Braintree Cemetery.

In lieu of flowers, contributions may be made in Alfred"s memory to Compassionate Care Hospice, 100
Myles Standish Boulevard, Suite 103, Taunton MA 02780. 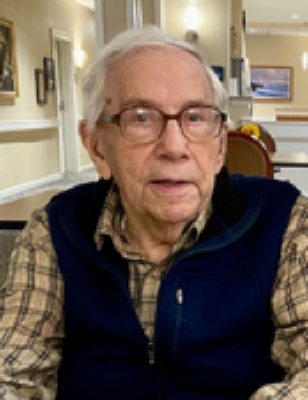